Productivity – New Rules of the Game 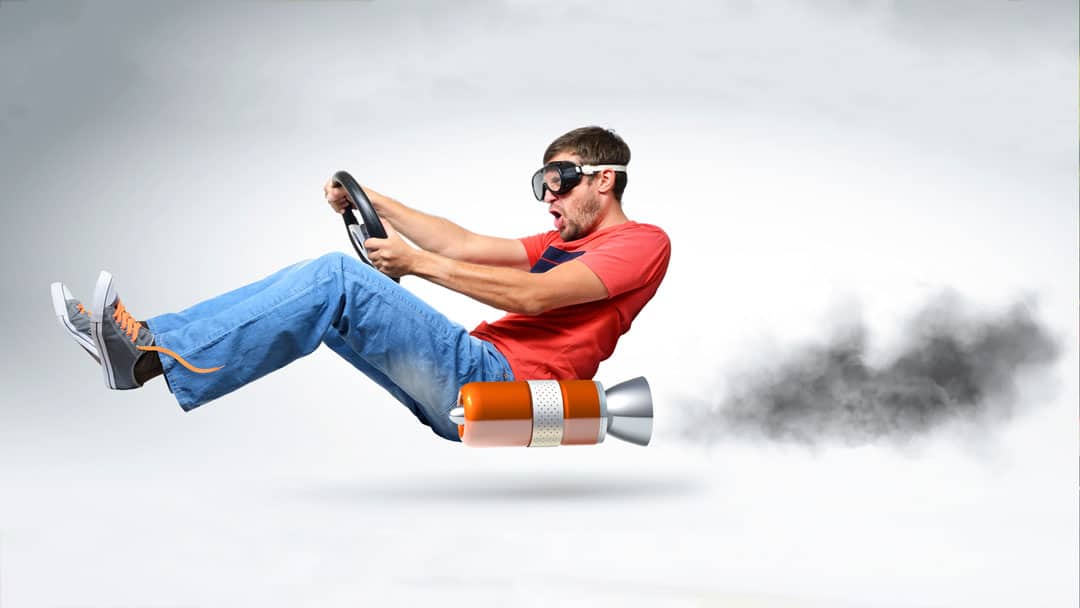 We all know that the world of work is becoming increasingly complex and competitive. Every other day a depressing new study tells us that modern work structures and processes are failing us. That we are overworked but unproductive, saturated with information, disengaged, watch too many cat videos at work, blah blah…

But why would we watch those enticing cats rather than getting work done? Are we as workers bored, tired, frustrated or simply slothful?

Productivity is the holy grail of businesses and organisations, but we seem to be seeking it in the wrong places. What makes employees more productive? Is it a finely defined process and command structure? Stringent accountability mechanisms or robust performance indicators? A lot of modern businesses focus on these key areas. But as Yves Morieux of BCG recently points out in an illuminating talk, the new frontier of productivity is cooperation – how you interact, collaborate and combine efforts with your team to go for the collective win for your business.

So it’s worthwhile to ask yourself how well you cooperate with others in pursuit of your work goals. Are your organisation’s reward and accountability mechanisms actually getting in the way of achieving your overall mission? Do you have the tools available to foster internal and external communication? Are you and your team focusing your energies on the right outlets that would enable productivity?

Avaza team recommends the following rules to enhance the productivity of your business:

No matter how great your business idea is or how talented your team, you only get results if everyone gels together as a team and compliments each other’s strengths and weaknesses – think Formula One racing where it’s not just the best car or driver but the best team (manufacturers, mechanics, administrators etc.) that wins the race.

When designing business processes, systems and incentives, make sure individual interests don’t clash with collective good of company. Some companies like to clearly define roles and activities, and ask workers to strictly adhere to those boundaries. Instead, you should clearly define what your company or project’s vision or mission is, and get everyone to passionately pursue that goal instead of only personal milestones and tasks. Ask your employees if and how they feel they can influence your mission. As a team lead, if you can underline the link between team member’s actions and overall team performance, you have the formula for a winning team on your hands.

Bend it for your workers

Being present at a fixed workplace from 9-5 is old-school and often not the best bet for optimum productivity. What if your best talent is a mom/dad with a long commute who would perform heaps better if allowed to work from home a couple of days a week? Or a creative designer who comes up with the most inspired work while on a workaction (working holiday)? If goals and deliverables are well-defined, and you use the right online work tools, there is no reason why you shouldn’t bend the rules for your employees. Cornerstone’s State of Productivity Report 2014 shows that the modern workforce favours this kind of flexibility and digital collaboration, with 65% employees stating that a flexible and remote work schedule increased their productivity.

See how Avaza can boost your team’s productivity

Even if you have the best intentions of cooperating with others, there is a difference between having the spirit of cooperation and actually collaborating effectively. Teams need to be well-informed about the progress and limitations of others in pursuit of common goals, so communication channels (which can be fostered by the right workplace tools) as well as deft communication skills are required – that is when the real magic happens. In a multiple team situation, argues business guru Mark Jenkins who has extensively studied Formula One teams, the real gains over competitors come at the boundaries of how internal teams overlap and interact with each other. His findings show that Ferrari won six consecutive world championships between 1999 and 2004 after improving collaboration between their marketing, sales and finance teams.

Online tools for sharing files, communicating and project management can greatly foster your collaboration efforts – find out how

Morieux argues that modern methods of performance measurement go against the spirit of cooperation, so workers tend to put more effort into improving their performance metrics rather than working on collective goals. It’s important to reward actions that benefit the organisation’s goals as a whole. In teams that cooperate well with each other, it might be even harder to gauge input of individuals, especially if using traditional performance metrics and peer feedback.

Another interesting finding from a host of studies is that cash incentives don’t work – whilst they are easy to implement, they don’t go a long way towards increasing productivity. Alfie Kohn’s much-touted essay on ‘Why Incentive Plans Cannot Work’, makes the case that productivity gains come when the incentive involves the employee’s self-esteem – more decision-making power, more say in company affairs, verbal praise and authority.

Einstein was right on the money when he quipped ‘Everything should be made as simple as possible, but not simpler”. Productivity is not helped by adding more structures, processes and systems to achieve it. Boston Consulting Group refers to this as “index of complicatedness” – their survey of 100 US and European companies show that in past 15 years they have become 50%-350% more complex. But the result has been more time spent in meetings and writing reports, and less in getting productive work done. The State of Workplace Productivity Report shows workers reporting high levels of work, technology and information overload – which is seriously hampering productivity.

The smarter way is to follow the simplicity rule and keep it lean. Rely on your workplace tools to communicate effectively and reduce the need for clunky coordination layers. For instance, using the right technology can result in lesser meetings.

Make work a habitat of happiness

This final rule is a great favourite with us: eliminate the misery associated with traditional workplaces – hideous cubicles, bad lighting and ventilation, desktop sitting for eight hours or more, and other such draconian work rules. Invest in plants, funky chairs, vibrant colours, go work in a café at times… as stress levels reduce, productivity is bound to soar. Well-performing companies around the world are getting more playful with what they offer employees – office spaces of the likes of Google, AirBnB, Lego etc. come equipped with free food, bowling alleys, and designer interiors. Some other companies are known to offer massages, meditation classes, even blowdrys are not unheard of. These companies believe that as they invest in their environs, motivation and innovation levels will surge.

In his talk ‘Measuring what makes life worthwhile’, owner of Joie De Vivre hotels Chip Conley says that business owners often neglect the simple fact that we are all human with some hierarchy of needs at the workplace. His company’s success spiralled when he started giving attention to the intangible aspect of ‘workplace happiness’ and metrics based on the emotional connection of his employees to their job role and that of his customer’s with their services. Conley points out that in essence, business owners can influence the quality of service by creating the conditions for their employees to be joyful. Major studies by Warwick Business School, Bloomberg, University of BC, Gallup, HBR etc. have shown that ‘happiness economics’ can have a profound effect on productivity.

In the end, it’s not the value or type of office perks that make the difference but the mindset of valuing workers and making the pursuit of company goals as a ‘happy’ mission not bound to the realms of simply making a living.


Get Started Now Book a Demo